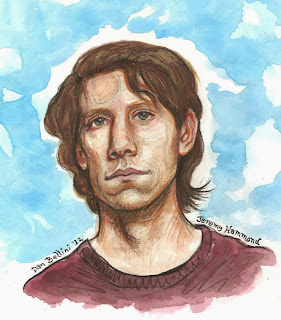 New York, New York - Jeremy Hammond did not humble or prostrate himself before the court as others have done while in his position, at the mercy of a formidable power. Jeremy stood tall, with his head high. He took responsibility for his actions, which he referred to as "acts of civil disobedience and direct action." He expressed regret and offered an apology for some of his and LulzSec's actions, which helped expose personal details of private individuals. He maintained all this in the face of his maximum 10-year sentence, which he received after having previously offered a guilty plea to one count of violating the Computer Fraud and Abuse Act (CFAA).

US district court judge Loretta Preska, whose husband is a client of one of the companies targeted by LulzSec, had one of his own email accounts compromised, tried to discredit Jeremy's presentation as an activist. She argued that his were "not the actions of Martin Luther King, Nelson Mandela, John Adams or even Daniel Ellsberg.” Daniel Ellsberg was responsible for leaking the Pentagon Papers and wrote an unsolicited letter of support for Jeremy to the court that offered high praises. Nelson Mandela the now distinguished South African statesmen gained notoriety in the 1960s when he engaged in what the right-wingers worldwide defined as terrorism and armed guerrilla warfare. John Adams of course was also obviously a proponent of armed revolutionary warfare against an oppressive government that was reviled for spying on its subjects, and violating their personal homes, spaces and effects. Jeremy's prepared statement, which he read to the court, talked about being motivated to join Anonymous and later LulzSec in confronting corruption: there appeared to be no shortage of this in his prosecution.

Probably the most interesting revelation during the proceeding came when Jeremy alleged that he had targeted a number of websites maintained by sovereign foreign governments, both those allied with and at odds with the US, and that the idea to target these sites originated with Sabu, a.k.a. Hector Xavier Monsegur, while he was operating as an informant and agent of the FBI. Many of the secrets revealed by these computer attacks where stored on a server, the use of which was provided to Jeremy by Hector Xavier Monsegur: that was actually in the control of the FBI. Presumably the FBI was interested in illegally gaining information from these foreign sites and used Jeremy as a means to obtain that information without having to dirty their hands directly.

When Jeremy began listing off the countries whose sites he hacked, Judge Presca interrupted him and told him he would not be permitted to talk about those crimes. She and lawyers from both sides had already agreed that doing so wouldn't be fair to the countries who may still have vulnerable websites that others may then exploit! Presca is essentially saying that, if Jeremy had broken into a targeted physical building in real life -- at the suggestion of a government agent -- he'd be ordered to hide that from the public: otherwise someone else might do the same thing.

The issue of what was to be redacted had come up early in the hearing when David McCraw, a lawyer for the New York Times, had offered a motion to un-redact a significant portion of Jeremy's statement to the court. The motion was denied.

Jeremy did get three names into the list offering that he had attacked sites maintained by Turkey, Iran and Brazil. A press spokesperson for Jeremy, Andy Stepanian of the Sparrow Project, suggested that the countries listed where done so in order of importance.

A fully unredacted version of the statement has been circulating thanks the Berlin based independent computer security expert Jacob Appelbaum. It reads as follows:

At his request, these websites were broken into, their e-mails and databases were uploaded to Sabu's FBI server, and the password information and the location of root backdoors were supplied. These intrusions took place in January/February of 2012 and affected over 2,000 domains, including numerous foreign government websites in Brazil, Turkey, Syria, Puerto Rico, Colombia, Nigeria, Iran, Slovenia, Greece, Pakistan, and others. A few of the compromised websites that I recollect include the official website of the Governor of Puerto Rico, the Internal Affairs Division of the Military Police of Brazil, the official website of the Crown Prince of Kuwait, the Tax Department of Turkey, the Iranian Academic Center for Education and Cultural Research, the Polish Embassy in the UK, and the Ministry of Electricity of Iraq.

Judge Presca talked about wanting to teach respect (read: fear) for the law and recidivism, but made it clear that she was sentencing Jeremy to the longest possible sentence in order to send a message to others who might engage in similar activities that challenge powerful states and corporations. 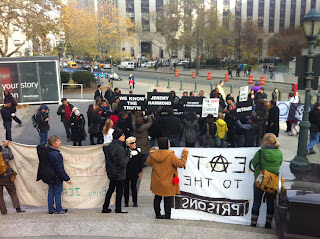 Following the reading of the sentencing, many of Jeremy's supporters, obviously overcome with emotion, hurried out of the courtroom. Many later rallied outside and across the street in Foley Square. Before exiting the courtroom Jeremy turned to his supporters and shouted “Hurrah for anarchy!”