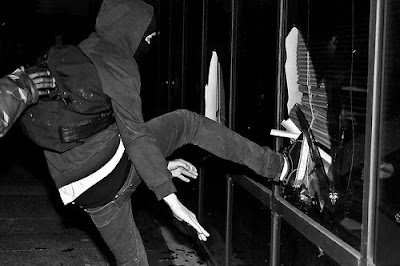 Anarchists have carried out a number of graveyard-shift solidarity actions in the East Bay, including attacks on a police station, BART stations and banks by smashing windows and ATM screens and gluing locks and ticket machines.