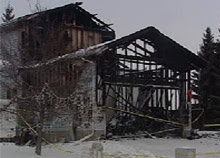 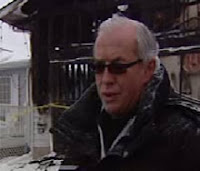 Edmonton, Canada - The luxury home of former Syncrude president and CEO Jim Carter was burned down by an arsonist Saturday night. Investigators believe that environmental concerns may have been the motive. The building was struck by two molotov cocktails and was quickly consumed by flames, before firefighters had a chance to control the blaze. Damages were estimated at $850,000. Carter who has ties to the oil and gas industry was out, as were his family members, at the time of the incident which took place at approximately 8:15 PM. No one was injured fighting the fire.