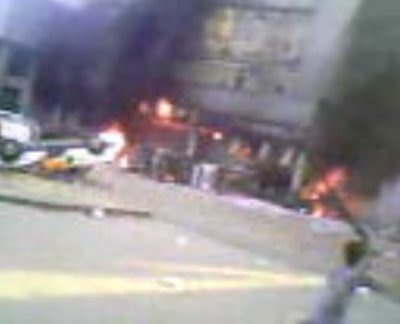 Weng'an, Guizhou, China - Thousands of outraged villagers surrounded and torched, local police stations and Communist Party offices Saturday. The incidents were following the alleged murder and cover up of a 15-year-old girl and her uncle. Rioters also overturned and set fire to 20 cars, many of which were police or government vehicles. Many who participated in the violence were teenagers, and may have been classmates with the young girl.

The teen's body was found in a river, after, according to police, she took her own life by jumping off a bridge. Locals claim she was raped and murdered by the son of a senior police official. Her uncle, a high school teacher, was beaten to death by police after he demanded they investigate his niece's death and perform an autopsy.