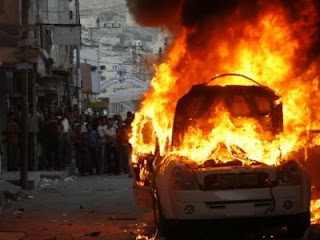 Athens, Greece - Two anarchist groups Anti-State Action and Subversive Cell claimed responsibility for a pair of firebombings of diplomat cars belonging to the Saudi Arabian embassy early last week. Later in the week another pair of bombings destroyed cars belonging to the Bosnian embassy and the Black Sea Economic Cooperation organization. Anti-State Action again took credit for one of the attacks. The actions are believed to be in solidarity with an anarchist who was scheduled to stand trial for bank robbery this week.