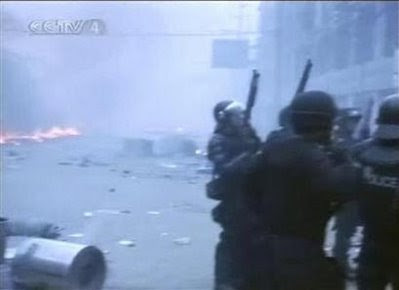 Lhasa, Tibet - Anti-government protesters clashed with occupying Chinese authorities and destroyed property in the regional capital Friday. As many as 30 demonstrators were reported killed, 12 police officers seriously injured (two of whom were left in critical condition), and 22 buildings were burned during the unrest. Mobs of red-clad monks, and other pro-independence rioters, overturned cars and attacked store fronts and Chinese police. The Bank of China was among the buildings targeted.