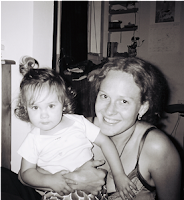 Tacoma, Washington, U.S. - U.S. District Judge Franklin Burgess today refused to hear evidence that federal prosecutors and FBI agents had conspired to and did manipulate evidence to make their case against accused eco-saboteur Briana Waters. Less than two weeks ago, her lawyer, Robert Bloom, filed motions that alleged that authorities committed perjury in their effort to produce evidence that pointed towards Water's guilt. Bloom asked for a conference with the judge to discuss his charges against two federal prosecutors and two FBI agents, but was turned down flat.

Waters was indicted two years ago, on charges that she aided in the destruction of a research facility that was supposedly conducting dangerous genetic engineering experiments. The action was claimed in the name of the Earth Liberation Front. The state's case against her rests largely, if not entirely, on the word of two admitted arsonists who helped light the blaze and were caught or turned themselves in about two years ago.