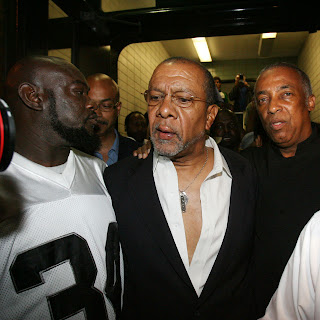 Brooklyn, New York, U.S. - Radical civil rights lawyer Michael Tarif Warren and his wife Evelyn Warren were assaulted and arrested by police yesterday when they tried to intervene in the police beating of a handcuffed black man accused of drug possession. Michael Warren, 63, specializes in police misconduct cases and has represented former members of the Black Panther Party (BPP) and the late rapper Tupac Shakur among others.

The couple were driving in the Prospect Heights neighborhood when according to Evelyn Warren they witnessed Sergeant Talvy and other officers from the 77th precinct "brutally kicking this young man while he was on the ground with his hands tied behind him not doing anything. I mean he was surrounded and just being viciously kicked...and we were saying, ‘why are you doing this to him?’"

Police ordered the two to return to their vehicle but then dragged Michael Warren from the car at which point he says the sergeant began to punch him. The couple was arrested and taken to the 77th precinct where a crowd of supporters from the Malcolm X Grassroots Movement, and black Muslim and anarchist organizations quickly gathered. Brooklyn City Councilman and former member of the BPP Charles Baron also came to demand that the Warrens be released without charges.

Police eventually released the pair who had visible bruises and torn clothes after issuing them tickets for disorderly conduct, resisting arrest, and obstruction of governmental administration charges. The crowd of protesters then took the streets to the chant "Who's Street, Our Street" and marched for a number of blocks before dispersing without incident.