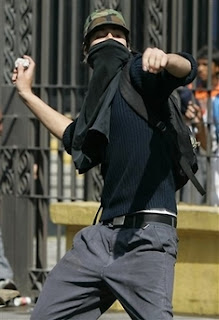 Santiago, Chile - Students again faced off against police in violent clashes over the city's new transit system, which leaves some working class neighborhoods in the capital with little or no access to public transportation. Police in armoured cars attempted to disperse rock throwing protesters with tear gas and a water cannon. They also made a number of arrests.

Last weeks riots, which marked "The Day of the Young Combatant," were inspired in part by dissatisfaction with the transit reforms, but they were not the first major protests against the changes.