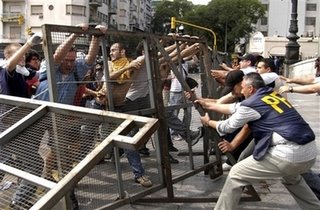 Police were hardly able to hold back protesters who dismantled the security fence around the building. Approximately ten students and number of faculty members were detained and about 20 people were injured.