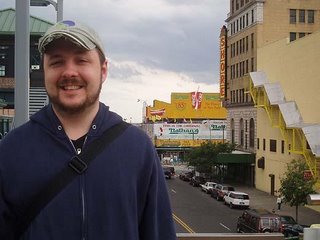 Eugene, Oregon, US - Daniel McGowan, Joyanna Zacher, Nathan Block and Jonathan Paul appeared in federal court this morning to enter guilty pleas and accept responsibility for their roles in a series of environmentally motivated arsons in Oregon between 1997 and 2001. The actions were claimed anonymously on behalf of the Earth Liberation Front and Animal Liberation Front. They did not agree to provide information or testify against anyone now or in the future.

Six others had previously pled guilty to related charges in Oregon and two others in Washington. All eight of those individuals agreed to cooperate with the prosecution and implicate others in exchange for reduced sentences. The lawyers of those defendants have asked that the details of their plea agreements remain sealed in the interest of protecting their clients safety. Daniel McGowan's plea agreement has been posted online and can be downloaded from his support website

Both McGowan and Paul made statements that expressed their disillusionment with the use of arson as a tactic for positive change but affirmed that they are still committed to social change, animal rights and the preservation of the environment.

Zacher and Block each plead to one count of conspiracy, attempted arson, and two separate incidents of arson. McGowan plead to conspiracy and to two separate incidents of arson. The government is recommending they be sentenced to 96 months (eight years) in federal prison. Paul plead to one count of arson and one count of conspiracy. The government is recommending Paul be sentenced to 60 months (five years) in prison. All four defendants are expected to argue for a lesser sentence.

Another environmental activist, Jeff Hogg, has not been accused of participating in any of the arsons but has been in jail since May for refusing to give information he may have about the case to a grand jury. Although he has not been charged with a crime, the government is allowed to hold him in jail for as long as a year as a means of coercing him to testify.

Supporters of Hogg, the four defendants who entered pleas today and other activists facing charges have planned "An International Day of Solidarity with Green Scare Indictees Detainees, and Political Prisoners" for December 7th and are calling on people to organize and support events in their areas.