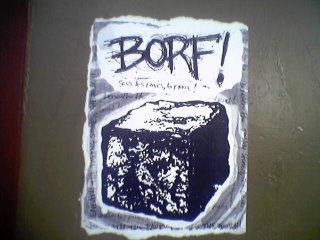 Silver Springs, Maryland, US - A new autonomous group known as "BORFROBF" (Borf: Revolution or Bust Faction) has claimed credit for smashing windows and gluing the locks of the local military recruitment center. The action was a symbolic protest against the military industrial complex and "a dare to those here in the heart of the imperial beast to step it up."

Anti-war saboteurs and protesters often target military recruitment, which they consider to be the Achilles heel of "war machine."