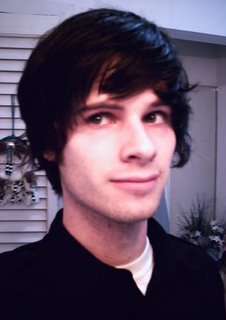 Central Islip, New York, US - Convicted Earth Liberation Front arsonist and snitch Matthew Rammelkamp was sentenced to six months at a federal prison camp. Rammelkamp along with Jared McIntyre, and George Mashkow Jr. pled guilty to arson conspiracy charges for their role in a spate of anti-sprawl fires that destroyed newly built and partially constructed homes in Long Island in the winter of 2000-2001. Their actions were claimed in the name of the Earth Liberation Front.

All three of the arsonists, who were minors at the time, were able to avoid long prison sentences by naming a prominent Long Island activist, Connor Cash as the ring-leader. After three years of his life, a lengthy trial and having to spend massive amounts of money for legal expenses Cash was acquitted of all charges. One of the three government informants even recanted on the stand.

Rammelkamp was ordered by U.S. District Court Judge Thomas Platt, to report to the Allenwood Federal Prison Camp in Pennsylvania 10 days after he is scheduled to graduate from Stony Brook University in January. The camp is a step down from minimum security. Instead of cells inmates live in cubicles that don't have bars or doors, and there are no perimeter walls, razor wire or even chain-link fenceing. Allenwood is often said to closer resemble a country club than a prison. It has outdoor courts for tennis, basketball, handball, bocce, and horseshoe pitching, as well as a running track and an indoor gym.

Rammelkamp made a statement at sentencing saying that he was "ashamed" of the arsons, and that after he serves his term, he plans to return to school and become a lawyer.