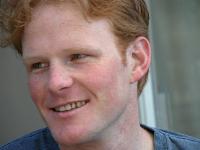 Eugene, Oregon, US - Federal Judge Michael Hogan refused to release Jeffrey Hogg, an environmental activist and 32-year-old nursing student, who has spent the last three months in jail without charge. Hogg is accused of being involved with an Earth Liberation Front (ELF) cell that the FBI is calling "the Family." Six members of the alleged cell pled guilty last month to numerous counts of arson. All six Kendall Tankersley, Darren Thurston, Kevin Tubbs, Stanislas Meyerhoff, Chelsea Gerlach, and Suzanne Savoie, signed plea agreements which requires them to assist the prosecution's efforts to arrest and convict other activists. At least three other unindicted co-conspirators Jacob Ferguson, Jennifer Kolar and Lacey Phillabaum are also assisting the prosecution. A number of the cooperating witnesses named Hogg as someone who had attended ELF planning meetings dubbed "book club meetings" by the participants.

Hogg was jailed by the court last May in order to coerce him into testifying before a grand jury. According to the law he may be required to stay in jail a total of 18 months or until the term of the grand jury has expired but only if the court believes to do so may coerce him into testifying. Hogg has missed his final exams and his grandfather's funeral while imprisoned. He testified under oath on August 15th that he will never testify at a grand jury proceeding. During the hearing a group of activists held a demonstration of support for Hogg outside the courthouse.