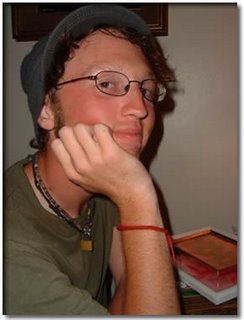 Sacramento, California, US - Zachary Jenson has pled guilty to one count of conspiracy in connection with a plot to blow up commercial and governmental facilities in the name of the Earth Liberation Front, including the U.S. Forest Service Institute of Forest Genetics in Placerville, California. He has also agreed to cooperate with authorities in their prosecution of his former friend and alleged co-conspirator Eric McDavid. According to the agreement, which is the same as the one admitted conspirator Lauren Weiner made in May, Jenson will be required to provide information to the government in whatever way they demand him to for as long as they deem necessary.

Jenson, 20, of Monroe, Washington, McDavid, 29 of Foresthill, California, and Weiner 20 of the affluent Pound Ridge, New York were all arrested last January after they and a woman known as "Anna" allegedly scouted potential targets and purchased bomb making materials in Auburn, California. After the arrests "Anna" was revealed to be an informant for the FBI. Sentencing is scheduled for Weiner to take place on August 8th and for Jenson on October 3rd which is also the next court date scheduled for Eric McDavid. Jenson is currently in the Sacramento County Jail but may be released after a hearing scheduled for later today.