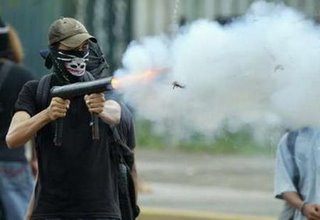 Managua, Nicaragua - Violent clashes between government workers and students armed with homemade mortars and police with rubber bullets continue into a fifth month. Protests broke out on February 6th when the government announced that they would be raising the fares on public transportation.

Demonstrators are now calling for an end to rising electricity tariffs, clean water in poor neighborhoods where the water is contaminated and that the price of bus fares be lowered. The government claims that they are not allowed to lower bus fares and are bound by the terms of a loan they took from the US based World Bank.