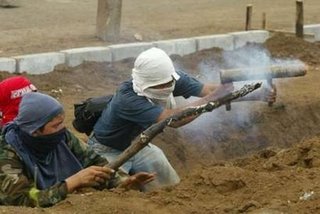 Managua, Nicaragua - Striking doctors and their supporters came under attack from riot police as they occupied Nicaragua's Finance Ministry building. The demonstrators attempted to fight off the eviction attempt with improvised mortar devices and rocks, but were routed by police who used batons and teargas against them.

More than 2,000 doctors have been holding picket lines since they walked off the job last November demanding higher wages. Nicaraguan doctors in public hospitals and medical centers make only $500 a month.