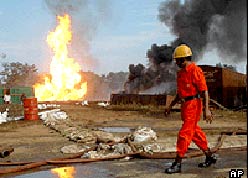 Iran - Chanting "We don't want the Islam of the Taliban!" and "Down with despotism!" college students in Tehran fought with police as they protested against the government's suppression of its critics. Elsewhere in Iran, ethnic Azeris attacked police, banks and government offices while venting their anger over state-backed ethnic discrimination.

Mali - Indigenous rebels seized three military bases in northern Mali. The Tuareg people, nomads who have lived in the Sahara since the Paleolithic, have rebelled repeatedly against the states of Mali and Niger.

South Africa - Nearly 5,000 Pretoria schoolchildren, some as young as 10, fought running street battles with police, looting stores as they went. Students said the unrest started because police wouldn't arrest a man who raped a female student.