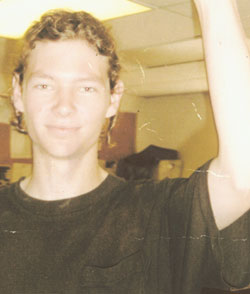 Chino, California, U.S. - Anarchist political prisoner Matthew Lamont's release date has been pushed back from May to July 22nd, and he is facing additional charges in connection with a fight he was involved in while in prison. Matt was attacked by members of the Aryan Brotherhood, a white supremacist prison gang who threatened to kill Lamont when he went to jail in 2002 after pleading no contest to possession of a destructive device. Prosecutors alleged that Matt was planning to blow up a building full of neo-Nazis celebrating Adolf Hitler's birthday.

Lamont was arrested while at work, in February 2006, because investigators found a utility knife on a desk in his home while searching it. According to his parole conditions, Lamont is not allowed to have any knives in his home outside of the kitchen and his home is subject to surprise searches. During his interrogation, detectives alluded that they were watching him because they believed that he was plotting to target the Big Bear Dam. Activists have claimed that Lamont's arrest is part of a coordinated series of actions by the law enforcement, dubbed the green scare, to target and disrupt animal rights and environmental movements in the U.S. and equating environmentally motivated acts of property damage and animal liberation with terrorism.