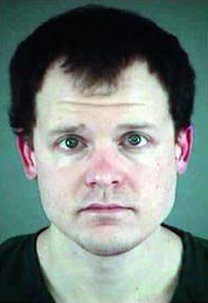 Eugene, Oregon, U.S. - U.S. Magistrate Judge Thomas Coffin denied bail to admitted Earth and Animal Liberation Front (ELF/ALF) arsonist and cooperating government witness Kevin Tubbs. Two of Tubbs' friends, Hemstreet and Rossell, offered real estate as security in an attempt to secure his release. Tubbs has confessed to taking part in nine separate arsons, including the failed arson of the U.S. Service's Detroit Ranger Station in the Willamette forest, which was the first act claimed solely by the ELF in the United States. The ELF was founded by dissident members of the Earth First! movement in Brighton, England in 1992.

Kevin was originally arrested on December 7th as part of the FBI's 'Operation Backfire' on charges that he had participated in a single ALF arson. If convicted of only the original charges he would face between 5-20 years in prison. If convicted of all charges he will be a sentenced to a minimum of more than life in prison. Tubbs and two others, Kendall Tankersley a.k.a. Sarah Harvey and Stanislas Meyerhoff, who were also arrested in December, chose to cooperate with authorities and implicated themselves and others in additional actions.