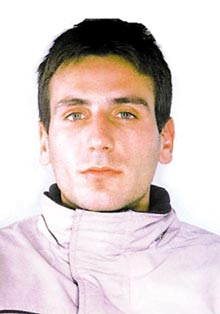 Athens, Greece - Police claim that bank robbers have ties to anarchist groups. They believe that the group known as “Thieves in Black,” who held up a branch of the National Bank in central Athens, are connected to Athens anarchist arson gangs who frequently attack police and symbols of the state and capitalism. Police have tried before to connect anarchists to the gang of bank robbers.

In July authorities arrested three individuals they believed to be responsible for a petrol bomb attack of a riot police van. They alleged that the three may also be behind the bank heists. The robberies began in 2002 and have netted as much as 500,000 Euros at a time. Police believe that they arrested one of the thieves, Yiannis Dimitrakis, and are close to capturing two others.