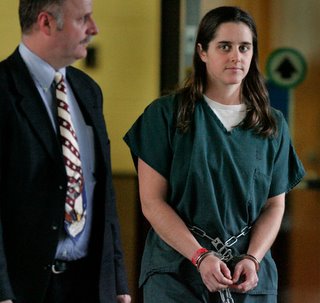 Eugene, Oregon, U.S. - The government has moved to try the eleven people that it has arrested in relation to a string of environmentally motivated arsons between 1996 and 2001 together as codefendants. They are alleging that all eleven individuals were members of a cell known as "The Family." Two of the accused, Kendall Tankersley (formerly known as Sarah Harvey) and Suzanne "India" Savoie, plead not guilty today at the first arraignments for the new charges. Harvey is free on $250,000 bail. Savoie and five other suspects have bail hearings scheduled throughout the week. Some of the discovery evidence that has been turned over includes 35 CDs of recorded conversations and 40,000 pages of transcripts, police reports, and photographs. Investigators say that they expect to be making more arrests in the case soon.