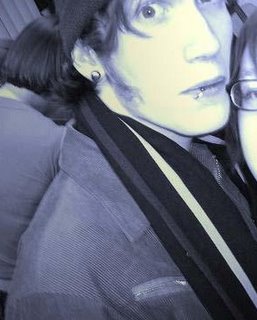 New York, New York - New York City activist David Segal, who pled guilty last September to malicious mischief for attempting to burn down a Bronx military recruiting station last January, was sentenced to six months in prison on Thursday. He was also sentenced to serve four months of house arrest, without having to wear an electronic ankle monitoring bracelet. The four months of house arrest will be part of a three year supervised release program during which he will have to visit with a counselor for one hour each week, pay $4,500 in fines, and serve 150 hours of community service.

David is required to talk to a counselor because a 15 minute psychiatric evaluation found him to be "anti-social" because he does not believe that what he did is wrong. Supporters who disagree with the evaluation set up a website to coordinate support for David while he serves his sentence. It also encourages others to commit similar actions against recruitment centers.

Judge Richard Berman congratulated David's lawyer Martin Stolar for arranging "the most extraordinary plea bargain” he had ever seen. If the case had gone to trial and ended in a conviction Judge Berman would be forced to impose a 5 year mandatory minimum sentence. Instead, David has until March 13 to report to a minimum security prison camp in Westchester County where he will have access to a vegan diet free of animal products.

In a written statement David credited his extremely lenient sentence to the fortune of being able to retain a good and sympathetic lawyer and encouraged people to support other political prisoners who were less privileged. He concluded it: "Finally, no matter what happens to any of us, we all have to keep fighting. In the end, we’ll win."