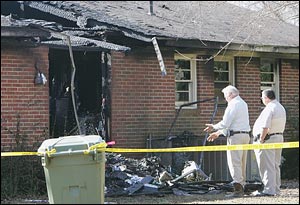 Marshallville, Georgia, U.S. - A mob of people attacked police officers with rocks and then looted and burned down Police Chief Stephen Stewart's home after a black man, Clarence Walker, 48, was murdered by police. Police claim that they only used "minimal force" to subdue Walker who was wanted on outstanding charges, but witnesses saw officers sitting on him and spray him with pepper spray. Marshallville is a small town of 1,300 people about 90 miles south of Atlanta.