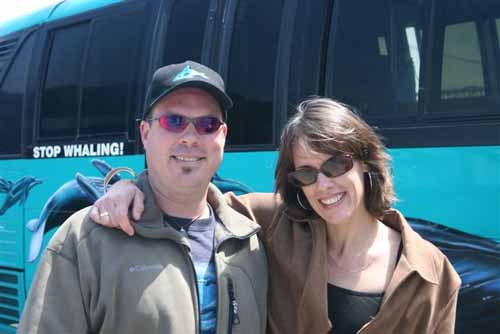 Medford, Oregon, U.S. - Two more environmental activists have been charged in connection with a series of Northwest arsons claimed by the Earth and Animal Liberation Fronts. The first arrests in the investigation, which began in 1997 took place in four separate states early last month.

Jonathan Mark Christopher Paul, 39, of Ashland, received a Grand Jury subpoena on December 7th, but was not arraigned until today on charges that he helped firebomb a horse slaughter house and meat packing plant in Redmond, Oregon, in 1997. The fire caused an estimated $1 million in damages.

Jonathan was charged but not prosecuted in the 1986 sabotage of a University of Oregon animal testing lab. He also spent six months in jail in 1993 for refusing to testify before a Spokane, Washington Grand Jury about now convicted Animal Liberation Front saboteur Rod Coronado.

Suzanne Nicole "India" Savoie, 28, of Applegate, was also indicted but remains at large. The U.S. attorney's office claims that she served as a lookout in the 2001 firebombing at the offices of the Superior Lumber Mill in Glendale, Oregon. Two of the suspects arrested on December 7th are also charged in connection with that arson. That fire caused an estimated $400,000 in damage. Both Savoie and Paul face up to 20 years in prison and a $250,000 fine.

Investigators got their first major break in the case in 2004 when one of the alleged arsonists began cooperating with them. Jacob Ferguson claims that he was member of the group which set many of the fires which are under investigation. Jacob, who is a known heroin user in Eugene and at one point spent a lot of time with people in the environmental movement, began assisting the FBI in their investigation shortly after the agency offered a $50,000 reward for information in the cases.