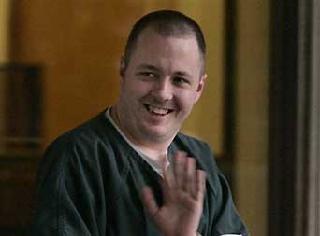 Eugene, Oregon, U.S. - Federal Judge Anne Aiken ordered Daniel McGowan to be released to the custody of his sister, who posted a bail of 1.6 million dollars. Daniel will be allowed to return home to New York City, where he will continue to attend acupuncture school and resume his job with Women's Law, a non-profit group which assists victims of domestic violence. He will be required to live in his sister's home, wear an electronic monitoring ankle bracelet, and will only be allowed to leave the house for school or work. Judge Aiken cited the sixty letters of support she had received from Daniel's family, friends, and co-workers as one of the considerations in her decision to set bail.

During the detention hearing, Detective Gregory Harvey tried to associate Daniel with CrimethInc., which he described as a "small group of people in Olympia who publish several training manuals... including a book about Emma Goldman." CrimethInc. has been mentioned in several other recent high-profile cases that the government claims involve the Earth Liberation Front (ELF), including the recent arrests in Auburn, California. Harvey claimed that Daniel assisted convicted animal liberationist Peter Young during his seven years as a fugitive. The detective claimed that while on the run, Peter authored "Evasion", a book published by CrimethInc.

The prosecutor claimed that Daniel was active in more than one ELF cell: one called "The Family" which all of the others indicted are accused of being a part of, and an "incubator cell" that was a sub-cell of "The Family," and which included "sixteen select individuals" who allegedly planned on attacking different biotechnology research centers. Among the sixteen were Stanislas Meyerhoff, Joseph Dibee, Susan Savoie, William Rodgers, Daniel, and two people known only as Peaches and X. The prosecution described in great detail the way that the "incubator cell" communicated via e-mail using encryption software and a complicated code.