From the Cold Case Bureau 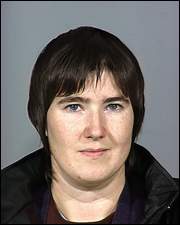 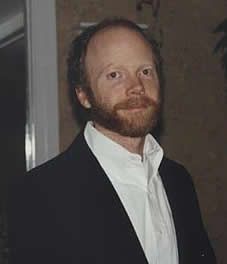 U.S. - On Wednesday, December 7, the FBI attempted to execute a decisive blow to the earth and animal liberation movements. Federal agents and sheriffs’ deputies arrested six individuals in four separate states. The FBI released a press release detailing who of the six they thought committed what crime between June 1998 and May 2001. Each of the charges stemmed from incidents between five and seven years ago

Kevin M. Tubbs, 36, and William (Bill) C. Rodgers, 40 are alleged to be responsible for the June 21, 1998 arson at the US Department of Agriculture Wildlife Services facility near Olympia, Washington. The action, which cost an estimated at $1.2 million in damages, was later claimed on behalf of the Animal Liberation Front. Kevin was arrested in Springfield, Oregon, and Bill was arrested at the Catalyst Infoshop in Prescott, Arizona, a community space he helped found and run. If convicted, Kevin and Bill could each be sentenced to 5-20 years in prison and a $250,000 fine.

Kendall Tankersley, 28, also known as Sarah Kendall Harvey a student at Northern Arizona University, was arrested and charged in connection with the December 27, 1998 $500,000 fire at the U.S. Forest Industries in Medford, Oregon.

Chelsea D. Gerlach, 28, of Portland, Oregon is charged in connection with the December 30, 1999 sabotage and downing of a Bonneville Power Administration transmission tower near Bend, Oregon in the midst of Y2K paranoia. Investigators found a number of empty beer cans in the area and that the bolts connecting the tower to the ground had been loosened. She is also charged with a $150,000 arson at Childers Meat Company. She faces up to 25 years in prison if convicted.

Stanislas G. Meyerhoff, 28, and Daniel McGowan, 31, are accused of lighting the January 2, 2001 fires at the Superior Lumber Company in Glendale, Oregon, and the May 21, 2001, fires at the Jefferson Poplar Farm in Clatskanie, Oregon. Damage from the fires exceeded $1 million each. Meyerhoff was arrested in Charlottesville, Virginia, where he was attending Piedmont Community College. McGowan was arrested while working at WomensLaw.org, a non-profit that provides legal information and resources to women living with or escaping domestic violence. Shortly after his arrest, his apartment was raided, and both his and his girlfriend’s computers were seized, along with countless other items. Both Meyerhoff and McGowan are each facing life sentences.

Beyond the arrests, at least two more Oregon activists were served subpoenas to testify at the March 16th Grand Jury in Eugene, in addition to the two who were subpoenaed Wednesday. One of the subpoena recipients is environmentalist and whale advocate Jonathan Paul. Jonathan has been subpoenaed to Grand Juries before. In 1993, he turned down an offer of immunity to testify against his friend and committed activist Rod Coronado (who has since been convicted for Animal Liberation Front actions), and was sent to jail for five months by a federal judge in Spokane.

Emily Langlie, a spokesperson for the United States attorney's office in Seattle, claimed that the six people arrested "were all associates,” and may have even “been involved with each other." However, the government has yet to show any solid ties that link the cases together. Additionally, they have not, at this point, provided any evidence linking the defendants to their alleged crimes.