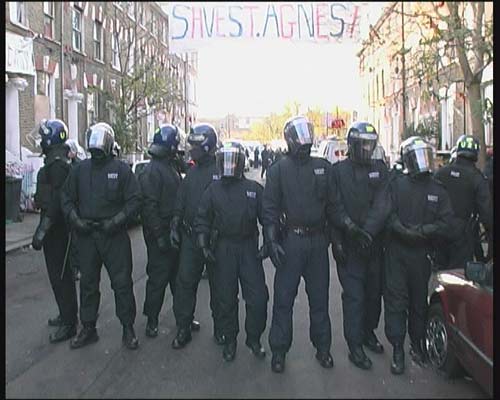 London, England - Over 150 people were evicted from London's oldest squatted community on St. Agnes Place in Kennington, south London. Many residents resisted bailiffs with improvised barricades, other defensive "devices," and even a petrol bomb, but were overcome by hundreds of riot police, who eventually secured the eight occupied buildings. The government plans to demolish the homes in order to build new homes, 75% of which will be deemed "affordable." The former residents will be given temporary accommodations. Officials lamented that they had been missing out on over 30 years of unpaid rent on the properties amounting to £4 million, plus a further £400,000 in taxes.