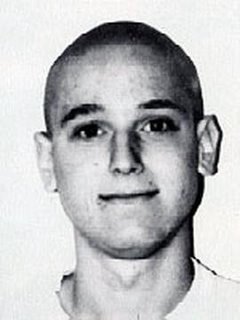 Madison, Wisconsin, U.S. - Animal liberationist Peter Young has agreed to a plea agreement with prosecutors in connection with 1997 raids on mink fur farms. Young may have been sentenced to 82 years in prison for the animal liberation charges and another 15 years for using a forged Virginia ID if found guilty. In accordance with the plea Peter may be sentenced to no more than two years behind bars, after which he will be subject to a ten year probation sentence. First Peter will have to plead guilty to two misdemeanor "animal enterprise terrorism" charges on Friday before a judge. His co-defendant Justin Samuel, who also evaded law enforcement for a number of years, took a deal in which he snitched on Peter and received the same jail sentence. According to Peter's supporters this proves that snitches who are "reviled by activists" are not even respected by the FBI.