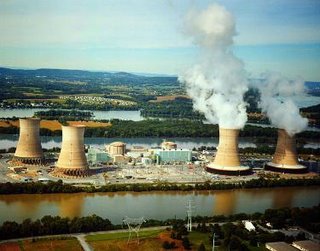 Lusby, Maryland - President Bush has called for a new round of nuclear power plants, to be constructed with the aid of federal money, while visiting an existing facility in Maryland. The Administration has already launched a $1 billion initiative to help underwrite the costs of new plants. For the plan to proceed Congress will have to pass new energy legislation first proposed by the Bush White House in 2001. No reactors have been constructed since the Three Mile Island meltdown disaster in 1979.