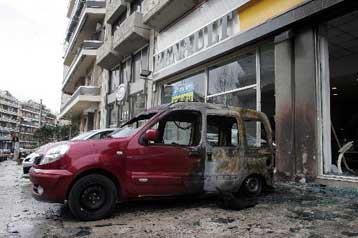 Athens, Greece - The anarchist group Anti-State Struggle ignited a bomb outside a showroom of the French carmaker Renault on Monday and attempted to set off another one at a McDonald's fast food outlet Saturday night. The attacks, which didn't cause any injuries, were meant to send a message to U.S. Secretary of State Condoleezza Rice, who is scheduled to visit the Greek capital later in the week. The group vowed to commit more attacks in the near future.